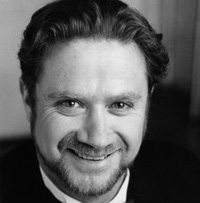 Cantor Raphael Frieder was born in Israel and studied singing and choral conducting at the Rubin Academy of Music in Tel Aviv. He has performed with the New Israeli Opera as well as with all of Israel’s major orchestras, under such prominent conductors as Zubin Mehta, Gary Bertini, and Roger Norrington. Leonard Bernstein invited him to sing in the world premiere of his Arias and Barcarolles (version for two voices and piano) in 1989 in Tel Aviv. In Europe, Frieder has appeared at the Amsterdam Concertgebouw, Notre Dame Cathedral in Paris, and the Vienna Volksoper, as well as in Basel, Brussels, Copenhagen, Malmö, Stockholm, Lisbon, and frequently in London. In the United States, he has appeared with Opera Colorado in Denver; as soloist with the Los Angeles Master Chorale at a gala performance at the Dorothy Chandler Pavilion; in Soul of Ashkenaz at Lincoln Center; and in cantorial festivals at Carnegie Hall and at concert halls and synagogues throughout North America. He also played and sang the role of the cantor in Edward Norton’s film Keeping the Faith. Cantor Frieder was the cantor at Temple Israel of Great Neck, New York. He currently serves on the voice faculty of the H. L. Miller Cantorial School of the Jewish Theological Seminary of America, in New York and is very happy to be conducting HaZamir Westchester beginning this fall.